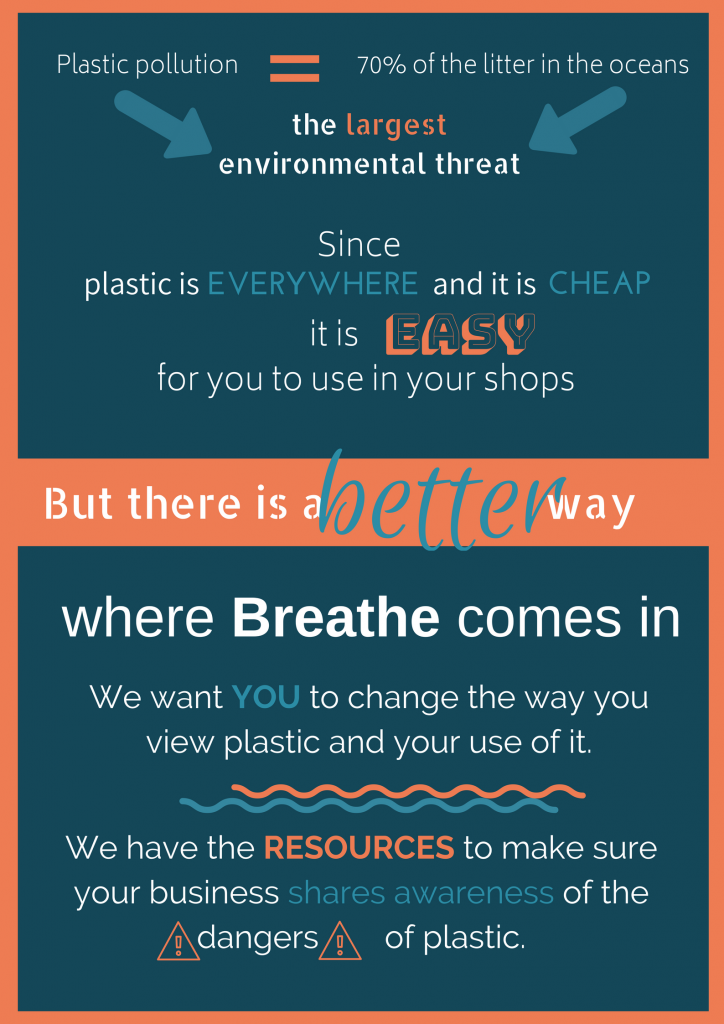 Contact us if you want to make a difference in the world. Breathe has had the privilege of changing the behaviour in both local and international retailers.

See their stories below.

The Durban beachfront is littered with plastic and pollution, the majority of which comes from the Umgeni River and the Harbour. The structure of the “Golden Mile” of Durban’s beachfront is such that once the rubbish washes from the river into the sea, it tends to collect at Vetch’s reef. Vetch’s reef, named after the engineer in charge of creating a northern breakwater for Durban Harbour in the 1860s, is one of Durban’s hidden gems. it is popular with scuba divers, snorkelers, and even surfers and paddlers when the weather is right. Today, Vetch’s reef hosts one of the largest subtidal mussel populations the Durban coast. The reef is also rich in red-bait, as well as other animals. Sadly, much of the waste from Durban Harbour gets trapped in the coral of Vetch’s reef, while the rest washes up on adjacent beaches, separated by piers. The reef is now facing a dual-threat of long term/ permanent damage due to plastic pollution from the river and harbour and from Municipal sand pumping schemes. 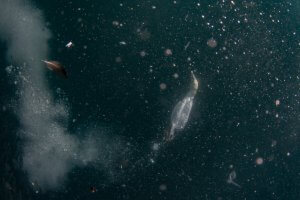 While there are a lot of initiatives to clean up bigger, visible plastic and litter on our beaches, there is not much focussed on cleaning what is in the ocean. 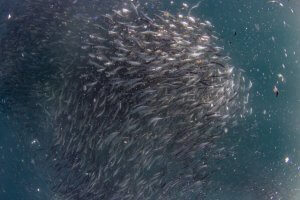 After the 2019 City Serve Event, Breathe and Zebra Shark Adventures teamed up to start a monthly underwater clean-up. The plan was to snorkel the reef and along the Harbour wall and collect any waste we found. The University of KwaZulu Natal (UKZN) was recruited to assist with data collection and analyse the rubbish collected. We were also hoping to work with art students from Vega University, who would be tasked with creating art from the litter collected. Sadly this project is currently on hold due to the Coronavirus pandemic.

It will resume when we are given the go-ahead to do so. On days when sea conditions are not conducive for snorkeling, we will do a beach clean up and guided walk. This will ensure that we are a regular presence on the beachfront throughout the year, as we try to do our bit for a plastic free ocean, and raise public awareness at the same time.

We are setting up a program to make school tuck-shops more sustainable: eliminating plastic water bottles and installing refillable water stations are just the start. We would like to see schools become more environmentally conscious and active.

This will be in collaboration with Durban Green Corridors (NPO) and Planet Protector (NPO). This project also uses the LIZZY water bottles!

We are working on a detailed outline for this. Our current target audience is Urban schools as that is where I have reach but really want to get to ALL schools.

Ideally we would get a corporate sponsor to buy water bottles and install a water fountain at these rural schools to assist in this project. Another option is for the urban schools to adopt a school. 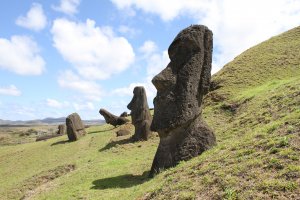 A true story of courage, determination and environmental activism and how one eco-warrior reached across global, cultural and political boundaries to unite people in her swim against plastic ocean pollution.

This collaborative effort, organized by Plastic Oceans International, resulted in a world first, with South Africa’s Sarah Ferguson becoming the first person ever to swim around Easter Island in one go. It’s now recognized as a new Guinness World Record.

This compelling story is penned by surfer, freediver, entrepreneur and eco warrior, John McCarthy. John was also part of Sarah’s immediate team for the record-breaking swim, serving as the lead planner, navigator and safety officer.

I am busy working on creating an educational pamphlet to go with the book to offer to high schools as part of their curriculum in the hopes that it could have a further reach and inspire change.

Stay in the loop with Breathe’s latest news and events