Day 12 was a super early start. We woke up at 3 am to pack the trailer, fridge and freezer stuff and head out to launch from Port Edward. We wanted to try to get a big day of swimming in as our next stop is in Port St Johns, which is 100km away. We arrived at Port Edward by 5:45 am, and Cassie pulled off another fabulous launch.

We headed straight out to sea amidst an incredible sunrise. The sky was alight, and it looked like molten liquid in 3D, as it formed various tones of orange. It was a bumpy and wet ride as we travelled against the North East bump to get another 30km out to sea. We had a squid wash into the boat but, sadly, only discovered it when we stopped, and it was dead but still so cool to see!

We also had our trusty friend, the white chinned petrel, come to say hello before I dived into the ocean. The current was going at a nice fast pace, and after a stiff hour of swimming, I finally warmed up. I was hungry for the first 3 feeds. I had not eaten my full breakfast as it was so early in the morning, yet I suffered as a result.

Eventually, my hunger was under control as I consumed every feed to the max to get back on track. About an hour into the swim, I felt a sting. When the sensation did not change, as it usually does over time, I looked down at my forearm and discovered it was a tiny fish that had suckered onto me! It was smaller than my fingernail! Possibly a baby Remora fish!

I knew it was going to be a longer day than usual at sea. Not even the jellies were making an appearance to entertain me. So, I asked Sarah to join me at the 3-hour mark. I was doing okay until then, but I began to stiffen up and fatigue. She jumped in for an hour and a half and helped me distract myself by doing tumble turns and diving under me. John got some great footage of us swimming from underneath, this also kept us entertained. We had a nice push from the swell behind us as well as the current.

I was taking strain, but I knew my second wind would come soon. The feeds became entertaining as the men took over and fed me an empty water bottle, then forgot my blue tablets (a small homoeopathic tablet of magnesium and potassium to assist in optimal functioning during training). I had spat the last one out in a grape Sarah had fed me before she jumped in because I thought it was a pip! This meant I was behind in taking them, and my muscles started to complain. On the next feed, John managed to get us a tablet, and soon I hit my 3rd wind and got going again in a nice rhythm.

I decided to make swimming a marathon my target, which is 42km. It would take me close to my final feed. On arrival, I was stoked to hear I had made 45km, a nicer, rounder number, and so I happily accepted that. I did my mandatory backstroke and double arm backstroke to pen up my shoulders and loosen down before jumping into the boat.

We had a 50km ride back to Port St Johns, so I made a bed on the boat and settled in for a bumpy nap. The team had put up the shade on the boat, so we are now fully kitted out. We stopped every 10km to check the current. At about 700m deep, John and Andy jumped in with the freediving gear to put a ‘flasher’ ( a silver reflector to try and attract some sharks). However, the vis was not great, and the sharks were not interested. Onward we went. We spotted a large yellowfin tuna on the surface and a juvenile gannet close by.

A few km later, we spotted 2 large hammerheads on the surface. We followed them slowly, hoping to get in the water with them. However, just then a superpod of bottlenose dolphins arrived, and the sharks vanished. We had an incredible 20+ minute experience with these guys. I have never been so close to dolphins playing like that. They were so close to us that we could have touched them. They were singing, chattering and twirling around us. It was UNBELIEVABLE.

The best part was Cassie, the skipper, jumped in and was so happy. It was a welcome reward after a long day on the ocean and just in time before A big West wind started to pick up. A storm was brewing. We came into Port St Johns through the dramatic cliffs on either side of the river mouth. It was spectacular. What a treat of a day.

Baby fish attached to me 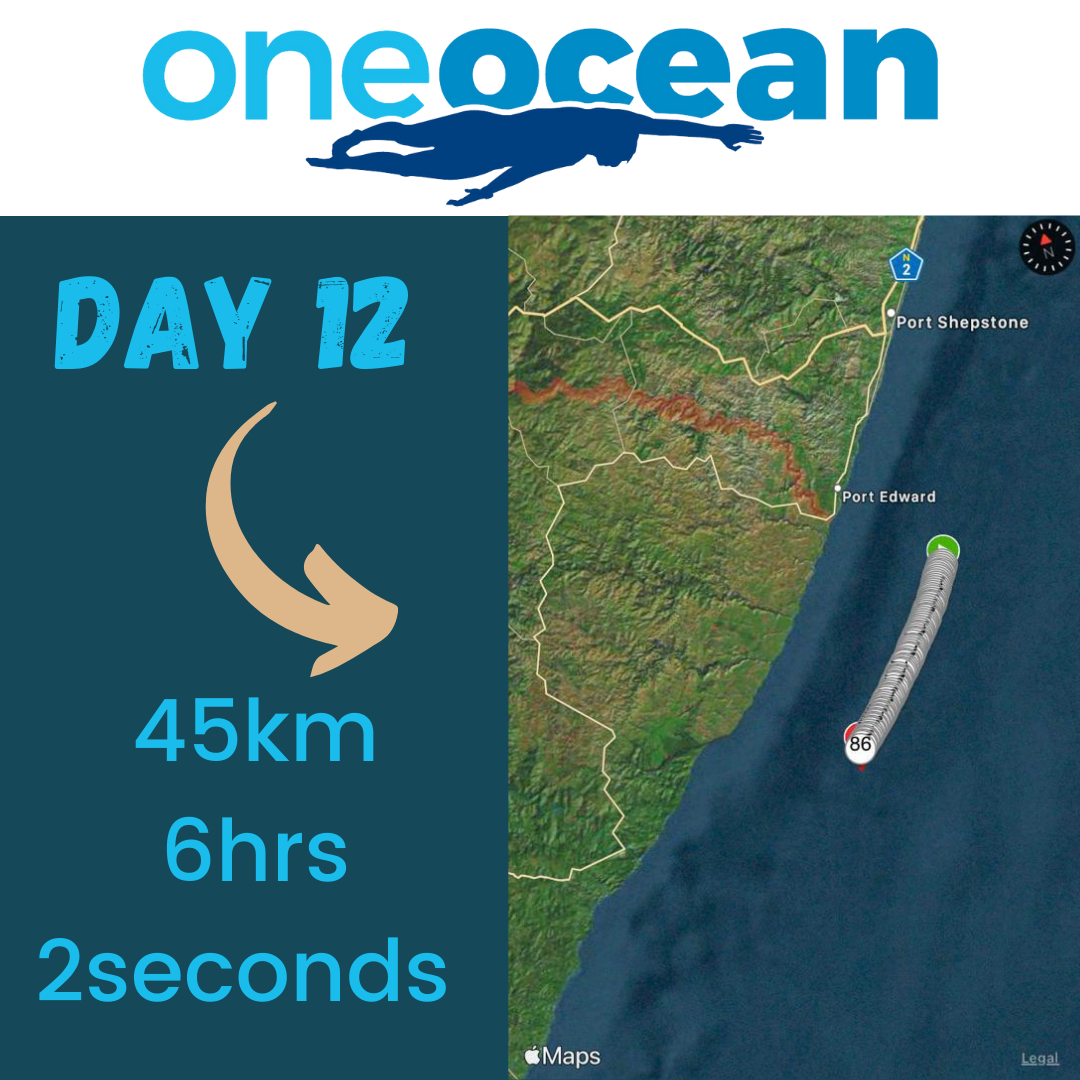