Day 14 started with another 4 am wakeup. We packed up the trailer and loaded the car as it was time to move to our next destination – Umdumbe. It was a challenge for John to negotiate the small turning area at the top of a very steep and windy driveway, but with Sarah’s guidance, they managed to get the car lined up with the trailer and hitched on and safely down to the road.

We met the rest of the team at the Spotted Grunter and launched out through the river mouth into the ocean. It was a great and easy launch, and we set straight out to sea to find clean water. We were about 20km out to sea, and the current was flowing at 142m per minute. We were in for another fast swim! There was a light North East, with the West was only predicted to pick up after 12 pm.

I dived in and set off. It was fast! During the first 4km, I was doing 34 sec per 100m! That is usually a fast 50m pace for me in the pool! Conditions were ideal for a speedy swim! At that rate, I would cover 45km in just over 4 hours.

Alas, that was not the case, as once Andy jumped in the kayak, we hit a slight slack in the wind, and it felt a little harder to swim than when there was no wind. By the time John was back in (Andy and John had been swapping every 30 minutes), the West wind had already started. I got stung across my chest and bum, both very painful stings. They always are, however I detangled myself and continued through the pain. Usually, the pain subsides after 20-30 minutes, but this one was not letting up. When we stopped to feed, I looked down and saw that the blue bottle was still on my glut, so I asked John for tweezers. I could feel the pain begin to creep into my groin, so I called for an anti-histamine. John managed to get the sting off, but I was in agony, my glut was on fire, and the deep ache in my groin was unavoidable. Yet, I soldiered on knowing that in about 10 minutes the meds should kick in, and I would feel better. Unfortunately, 30 minutes of pain and stomach cramps later, against a West wind, I was not too happy. I took another anti-histamine and plundered on. It was difficult to kick and swim into the wind chop, plus all the joy of swimming was lost, but I needed to power on and get at least 3 hours of swim time in.

Eventually, the pain eased, and I could settle into a rhythm against the crazy wild sea. The waves were hitting me in the face at times, and sometimes I could not get my arm over a wave so I would end up hitting it fully in the face and going nowhere. Despite that, I was still moving fast – faster than the world record pace, and I was finally enjoying it.

John and Andy were both on the kayak fighting the wind working hard but happy. At one point, the team saw a hammerhead shark surf the wave in front of us and then swim straight underneath me! I did not even see it and was bleak to have missed it.

All in all, we had a good but crazy day out at sea. I managed 32km in 3 and a half hours. The boat ride home was less fun, although I managed to make a bed and semi-sleep for most of it till we reached Umdumbe. Our land support team had just arrived, so we were almost quicker than them to swim here!

We then got the boat out of the water and drove 1km up the hill to incredible little rondavels at the Cool Bananas. We had 3 rondavels on a hill overlooking the ocean. Warren was so accommodating, and it was the perfect peaceful spot to rest our weary bodies. Angelika did her final massage on me before she departed to be with her husband who needs minor heart surgery. She will hopefully join us again in mid-April. She went back with John who has another work trip, so our team is down to 5 of us with one vehicle as we wait for Wayne and Rentia to join us from the Cape.

Sarah’s cousin, Wendy, will also join us for a bit so we will have more transport. We are still in need of at least one 4×4 permanently. Who knew it would be so hard to get one sponsored…

We had dinner at the backpackers up the road and managed to get a nice early night. Tomorrow would be a slightly later start as there was no time pressure from the weather or anything. We are starting to settle into a good rhythm now, and the support from the public has been phenomenal. Thankfully, we continue to get small trickles of donations which is enough to keep us on the road. Thank you! 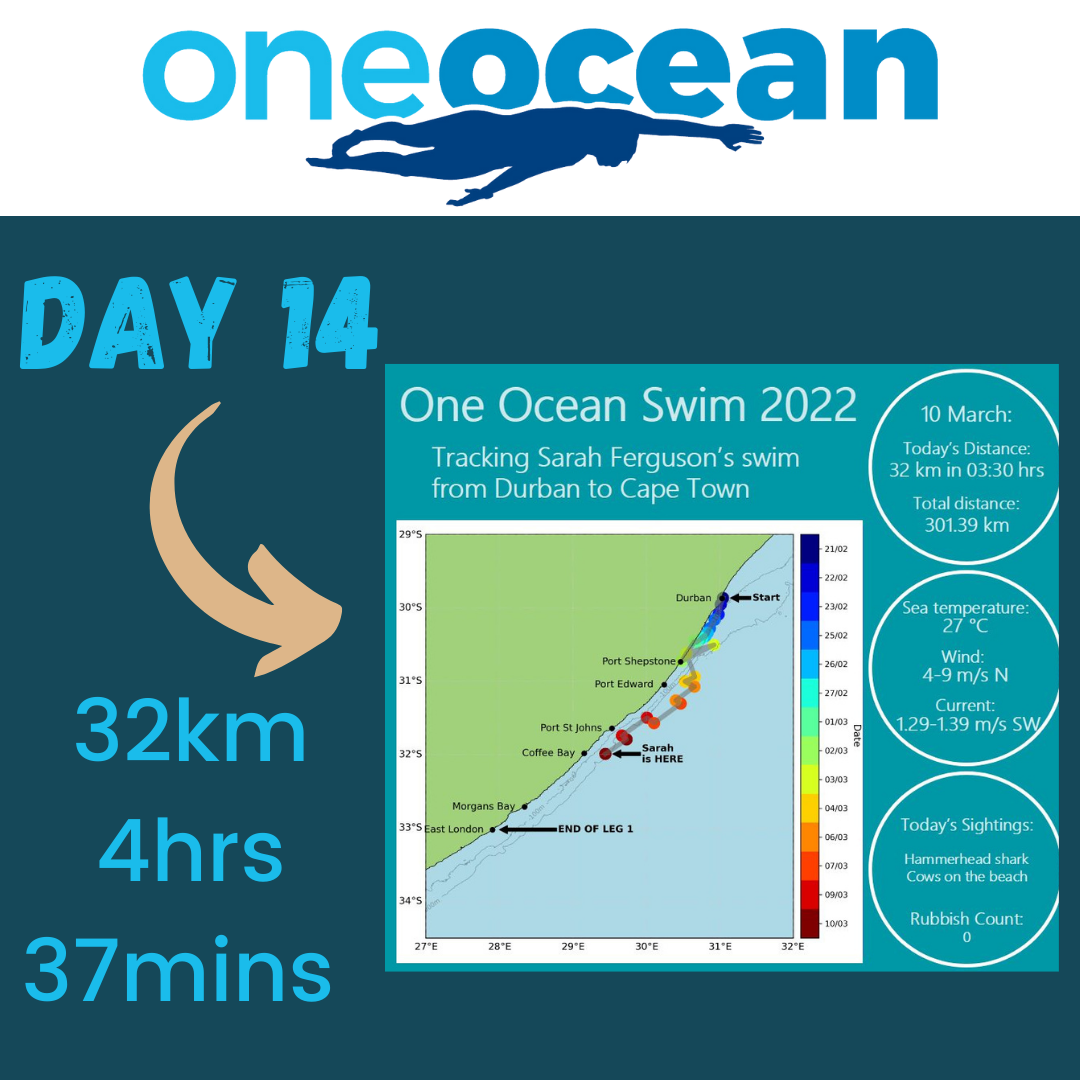