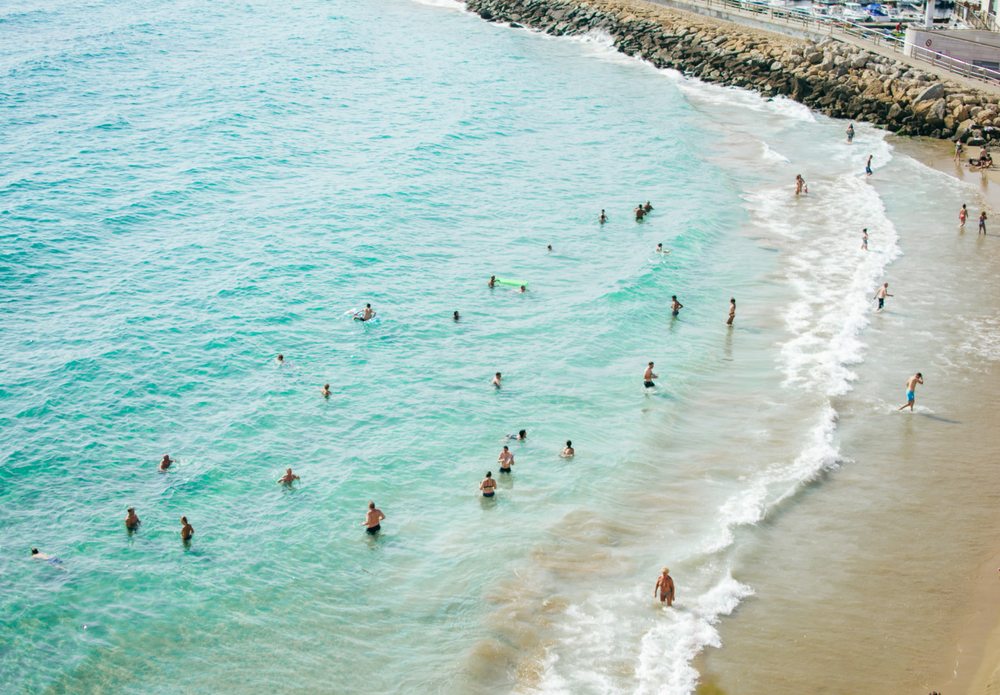 I did one of the toughest races I ever done last week. It was a race called the ’25 piers’ organised by Durban Surf Lifesaving club. There was a bunch of over 80 swimmers competing to swim around the pier 25 times. We had to stop after each swim around the pier and wait to go again, leading off every 7 minutes. I had to dig really deep and was incredibly grateful for my coach who gave me much needed pep talks and tips to try and make the swim more enjoyable. We alternated roles of encouraging and pushing each other- although hers was by far the dominant role!

The part I found incredibly difficult was the mass of people I had to fight through every single time. There was no time to gain space and escape from the masses, by the time we were around the pier, the race was on to catch a wave in, I am not an experienced surf swimmer and I realised very quickly that in order to stand a chance I needed to learn how to catch waves fast. My goal was to try and swim with my coach and earn from her- I learnt a lot that day, about catching waves and myself.

I was incredibly frustrated and grumpy for the first 10 laps primarily because of the people and secondly due to the fact that I was not very successful at catching waves and even when I did, I ended up getting dumped or having to still wade through the sea to the finish. My legs were exhausted and I was frustrated. One of my favourite things about swimming is the space that I can create by getting away from people and getting into a rhythm and focusing on my stroke and being free from chaotic arms, legs and heads!

In a swim like the 25 piers- there is no space to be created, the distance is too short to get into a rhythm and there are too many people in a small area to escape. At times I would look back to find a wave and see 30 people on the wave I was either about to catch, get dumped by or avoid completely. It was rather intense. I walked away with whiplash, back lash, a few bruises from arms and legs and a new respect for the sea and its power and unpredictability.

I think I caught 3-5 decent waves that entire swim and that was amazing, but as I mentioned earlier, I am not an experienced surf swimmer and so was completely humbled when guys were catching waves and coming out ahead of me. My competitive nature gets ahead of me and I found myself getting frustrated with the swimmers in my way and myself for not being better at reading the waves.

Between my coach’s encouragement and my vision of the reason why I was doing this race (as preparation for Hawaii) I pushed through and by the end almost enjoyed it! But I had to dig deep and try and change my attitude quickly early on, not an easy thing to do when you are in a situation like that where you are not in control of so many factors.

I learnt that I am very competitive and when I feel like I am no longer in control or I can’t do something I find myself getting very grumpy. I don’t like that about myself. But it is not something one can just change, it is something I need to learn to manage better and see it from a different perspective. There are going to be much tougher, longer swims ahead of me in the future and many other challenges I will face which are out of y control and if I respond negatively to that it will not set me in good stead for the long term dream I have of swimming 40km across a channel on the other side of the world.

Will I do the 25 pier swim again knowing how tough it can be with all those people and howmuch leg work is involved? The answer is yes. I want to do it again so I can do it better and I want to be able to learn to control my frustrations better when thing don’t go the way I want them or expect them to.