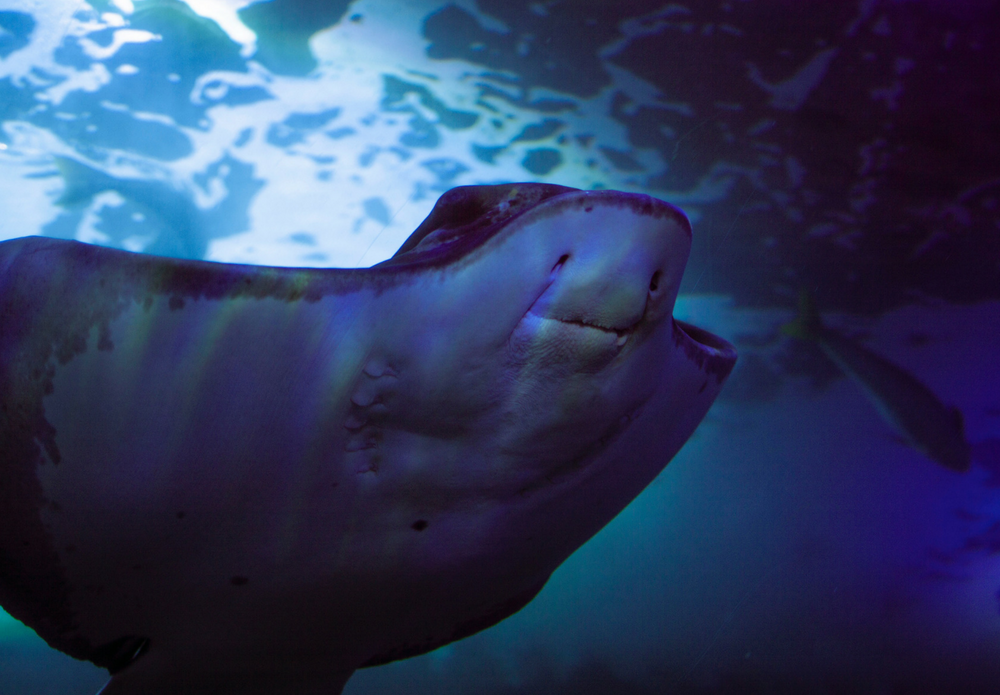 Today we started the first of a series of swims attempting to do a staged 100km over the Southern Coast of Mozambique and Northern KZN all aimed at highlighting the need to protect our oceans.
We started the day with a breakfast of cooked oats overlooking a breath-taking sunrise. We met the boat down on the beach at 7:30 and had a brief about conditions and the best route option to take. Daniel our captain was incredibly accommodating and we ended up opting to do day 2 of our planned route and swim north instead of south, optimizing the conditions.
The boat ride was slightly bumpy but uneventful and I was dropped off to swim 150m to shore to start the swim officially on dry land (I aim to do each swim as officially as possible according to channel swimming rules)
We started the swim at Tekobanin and swam 16km north to finish about 3km shy of ponta dobela.

Within the first 500m we stumbled across a Manta ray. WOW they are spectacular.

About 1km later the support boat had decided to swim with the Manta’s so just John and I were together on our journey. Suddenly John whistles me over to say he thinks there is a whale in front of us.

Me ‘whale or whale shark?’
John- no, actually I think it is a shark.
Me- what must I do?
John- come close to the kayak
Me- Oh yes I see the fin now.
John- I think there are 2 sharks
Me- John, what must I do?
John- make yourself vertical in the water
Me- obeys, I then see that they are actually 2 Manta Rays and nervously giggle with relief!

Less than 5km later we swam into a pod of dolphins and some Mantas and were surrounded by a friendly pod of dolphins for a good 10 minutes. It was magical to be surrounded by these amazing creatures and my urge to protect them was heightened even more as they allowed me to share their home with them and seemed to welcome us in to their big blue home.
5km into the swim we hit a marine reserve and the support boat had to bid us goodbye. Sarah H hopped onto the kayak sponsored by Ant Stott for our swim series and we were alone in the reserve for 10km. It was so glorious. We swam for a good stretch and I finally got into some kind of rhythm uninterrupted by incredible marine life but able to see the bottom the whole way and spot pansy shells, fish and snails. We came across another huge Manta ray and this one stuck around allowing me to come right up close to it. It was as large as my arm span. No words can describe how incredible that was. I could hear John and Sarah screeching with delight watching the encounter!

I started feeling tired not long after that, my lats were seizing and my shoulders were hurting. This was the longest swim I had done since my Ka’iwi channel crossing- I am relatively undertrained for this series!
We pushed on to make the 15km cut off and swam to shore with Sarah H and as we reached the shore I spotted a turtle swim right across me- what a way to finish my swim! Sarah made me walk to the dune and roll in warm sand to stay out the wind. She buried me to keep me warm while we waited for the boat to fetch us.
Getting back in the water was tough but it was a short swim to the boat and then the long ride home.

My dream is to swim with a whale

On the way home we came across some whales and got as close as we could. I could not believe it. My dream is to swim with a whale and we were metres away from that becoming a reality but the whale did not stick around and sadly went on her way. But wow- my heart almost stopped in my chest as I realised how magnificent these mammals are and again highlighted my drive to protect them. It was 90 minutes home on the boat off to a hot Epson salt bath, massage, dinner and debrief with the team. Time for bed now as I prepare for another long swim tomorrow. Eish- I am hurting!