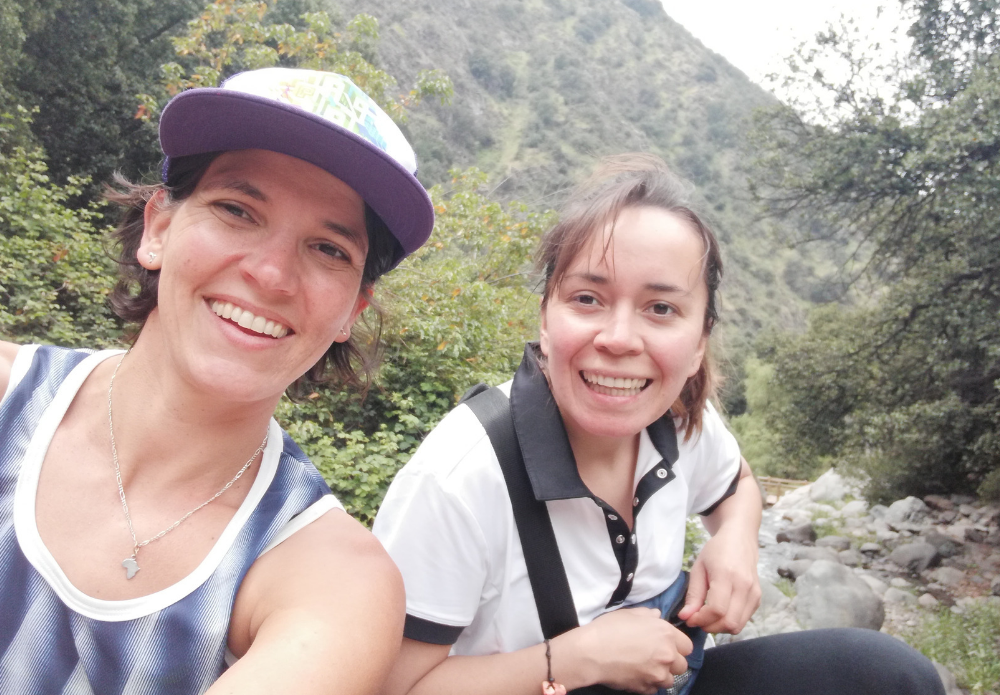 Having already been in Argentina as physio for team SA at the recent Youth Olympics, I could not miss the opportunity to hop on a plane to meet with Mark and Camilla (Plastic Oceans Chile) to discuss the options and logistics of my next planned swim around Easter Island.

Mark is the director of Plastic Oceans Chile, Dutch born, he has been in Chile for the past 11 years (married to a local) after many years of doing various things from teaching to event managing, he found himself on a new path to try and make a difference to the planet after hearing about the documentary ‘A Plastic Ocean’. 4 months after the international premiere In Los Angeles California he managed to premiere ‘A Plastic Ocean’ in Chile on bag Free Day 2017. He recruited Camila (a marine biologist with a special interest in micro plastics) and together with a third partner they formed Plastic Oceans Chile.

They have been working tirelessly for the past 18 months gaining credibility and recognition and are doing some incredible work. They have partnered with local universities teaching them how to analyse micro plastics, kicked off a recycling program and put together course material on a weekly bases. 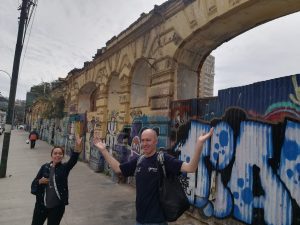 Mark is currently organising an international circular economy conference, CEFA2018, in Chile and has recently been invited to speak to over 3000 people at the social innovation festival Fiis Uruguay, where he will talk about the impact plastic is having on our oceans and, ultimately, us.

The last activity of the year will be a trip down to Southern Chile (Puerto Varas and the Chiloe Island, with massive plastic pollution issues due to aquiculture industries), thanks to a Canadian fund launched recently this year, and called the Plastic Charter.

Generating press also is an important part of their work for them, to make sure people work with the right information and the plastic pollution issue is not just a fad. They have worked with many blogs, radio stations and national TV channels (like CNN Chile). More and more they are seen as opinion leaders about plastic pollution.

It was fabulous meeting both of them and sharing ideas and our passion for a common cause. Camila has recently been to Easter Island/ Rapa Nui to be involved in a documentary with National Geographic. This was great for me to pick her brain and get some first-hand knowledge about the Island, the people, it’s very rugged unknown coastline and ocean conditions. They are super keen to support me in this venture and are convinced the Chilean navy and local islanders will support our initiative 100%.

There is very little known about the currents and sea conditions around the island and we are relying heavily on local knowledge (mainly fishermen) as well as the dive sites on the island.

Meeting with Camilla did highlight that we have picked a very good place to highlight the issue of plastic pollution as it has the second highest concentration of micro plastics in the world due to them being washed up from the South pacific gyre. There are actually 11 different ocean gyres and not just 5 as commonly thought.

Camilla did her thesis on micro plastics specifically looking at the affect micro plastics have on a local Chilean fish. She had 3 samples with 10 fish in each sample. Sample A was in ordinary sea water, sample B was in semi polluted water and sample C was in water full of micro plastics more closely resembling the reality of large parts of the Chilean coastline. She discovered 11 diseases in the GIT of the fish in sample C, most of them cancer and most of them died, while only 1 disease was found in sample A, and that fish did not die. 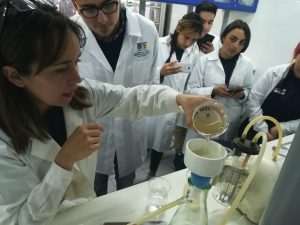 This is just a small sample size, but what she also informed me, is that the research found on marine animals (including birds) was that many of them die due to starvation as they feel full from all the micro plastics they mistakenly ingest and that results in them starving to death. There is very little research on humans due to ethics and time as it takes at least 10 years to see the effects of micro plastics, but there was a recent study that discovered micro plastics in human faeces.

The work Mark and Camilla are doing is fantastic and they are really doing a great job on a large scale at a local and government level. I got to go with them to the beach side port of Valparaiso and learn how to analyse micro plastics which is a very complex process that takes over 8 hours for one small sample!

We watched a documentary of blue whales and it mentioned how we as humans need to learn to respect the land and the ocean again if we are to have a chance at survival. Nature will adapt as it always does, but if we continue to mindlessly consume at no thought of the environmental impact of our behaviour, we are ultimately destroying ourselves.

I came away from Chile, incredibly grateful that I made the effort to come here despite the time away from home and work. It has been a worthwhile experience connecting on an international level to partner with plastic Oceans Chile and Plastic Oceans USA.

Tod Harding from Plastic Oceans USA is super interested in my Easter Island project and there are rumours he may be interested in filming the whole thing.

My horizons have been broadened and it has been refreshing sharing knowledge and bouncing ideas off each other as 3 continents unite for a greater, common cause.

I am super excited to be a part of this movement and although the Easter Island project is daunting, there is so much positive spin on it as well as an incredible story to tell, that it is a no brainer to continue to pursue.

The micro plastic issue is so bad that Camilla reckons when I get out the ocean I will have micro plastics all over my hair and skin. What other incentive do I need to highlight this global crisis than the fact that one of the world’s most remote islands is so extremely affected by our human negligence? 3 continents uniting with the support of the Chilean navy as I attempt a world first- swimming around an island in waters where very little is known, makes a pretty newsworthy story. 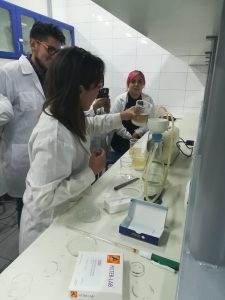 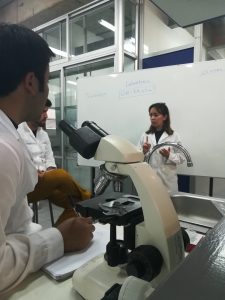 There is a lot to be done between now and next year if I am going to pull this swim off, but the spark inside me has been ignited once again and as one of my favourite quotes says:

‘If something burns your soul with purpose and desire, it is your duty to be reduced to ashes by it’ – Charles Bukowski

This is going to be my biggest undertaking yet, but I am confident I have the best team around me and this is something I am so invested in as it is my calling.

Final news from this incredibly successful trip, is that Plastic Oceans Chile have invited me to be their official ambassador. This is an incredible honour and privilege. One which I am delighted to announce that I have accepted. Watch this space for more details.