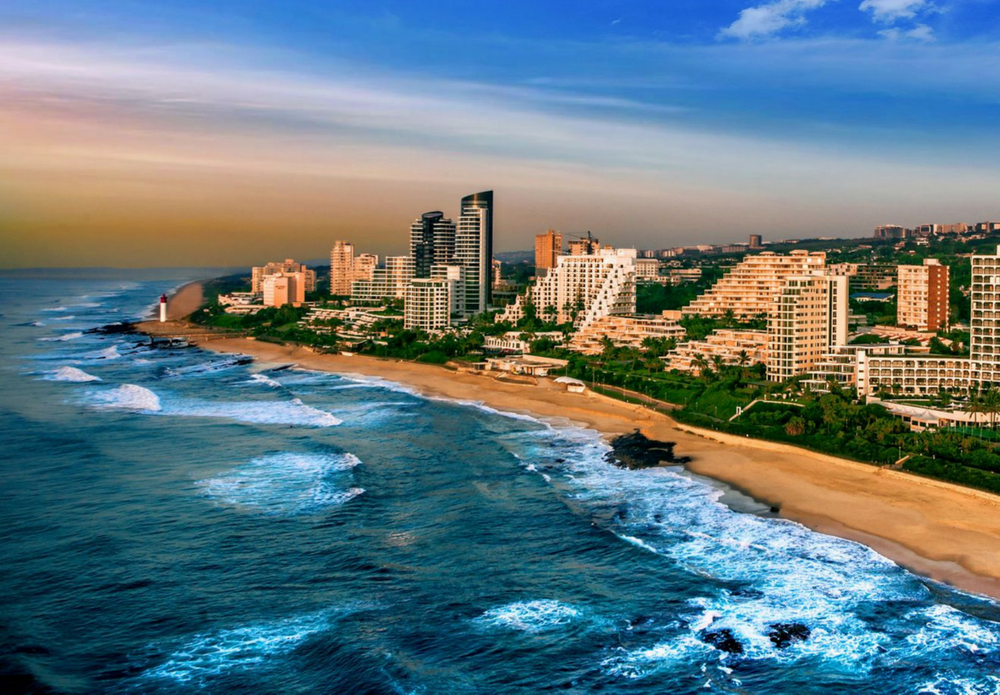 It’s been three days since I completed the first stepping stone to achieving one of my sporting dreams. I have been flat on my back on the couch since 1pm on Saturday, just one hour after swimming 18km from Umhlanga lighthouse to Marine Surf Lifesaving Club. I think my weak physical state is a combination of a stomach bug and pure exhaustion.

The buildup to this day has been a long journey, one I could never have managed alone. It all started sitting on the couch at my friend and sports psychologists office putting into action stepping stones in pursuing a dream bigger than I thought possible: swimming over 40km from Hawaii to Maui. The first stepping stone to that dream has just happened and the reality of that has not yet sunk in.

I have been preparing for this day for over eight months, which in an athlete’s career is actually quite short. Most athletes work in four year cycles with the Olympics/World Championships being the ultimate goal. This is the type of training I was used to. The last eight months in preparing for this day have been challenging. I have had many injury setbacks along the way and often when I was mentally prepared to train, I physically could not. I searched hard for the right coach and just one month ago found one that I can see a long term future with.

It really is quite a miracle that I got through the swim and everything came together the way it did. I am deeply humbled by the incredible support I have had in the buildup to this event and afterwards. Teamwork is essential in something like this and you learn from every event how to make the next one even better.

I only finalized my backup team the day before the swim amidst a flurry of media interviews and a dodgy stomach! People said it was nerves, but having been man down for almost three days now, I suspect it was a stomach bug.

The day of the swim arrived with me having to sit down often because of my queazy stomach,some nerves and an influx of people arriving at my flat well before sunrise. I arrived at Umhlanga lighthouse at sunrise to meet the rest of the team and complete my preparations. Sea conditions were decent enough for me to believe I could complete the swim. It was not the perfect, flat,crystal-clear ocean I had hoped for but I wasn’t waiting any longer. I was still not feeling great, but after some close friends prayed for me, a peace washed over me and I felt ready.

There was nothing else I could do to better prepare myself for this day. All I had to do now was swim, trust that my shoulders would not pack up and keep my food down!

After a long delay and many discussions amongst team members about the planned launch and route to take, I followed my brave seconders out through the pounding shore break and set off. The plan was to wait for the rest of the back up team with the jetskii and rubber duck but I just had to get going. The first half an hour went by with no sign of the support crew and they had all my food! Eventually they arrived and I had my first snack: a half-eaten peanut butter sandwich. I had something to eat and drink every 30 minutes as planned and overall the swim went smoothly.

The first hour went super-fast with me swimming at 5km/hr and my one seconder kept trying to tell me to swim slower! I was swimming at my usual pace and was freezing cold so couldn’t go any slower. I kept the pace despite many warnings to slow down. The regular feeds were essential to keep my strength up and break the swim down into chunks. I was far ahead of the pace I had originally set and far out to sea!

The swells were fun and although not the ideal conditions, they are actually conditions that I prefer. The swells helped me with my pace and it was fun catching small runs. About two hours into the swim my neck and shoulders began stiffening up but I started drinking a bit more regularly and had lots of motivation from my support team.John (one of my seconders) was amazing throughout the swim knowing when and how to push me when things got tough. He steered me away from bunches of blue bottles and a large jelly fish and even kept me calm when he spotted a four foot shark!

There was not one point throughout the swim when I felt afraid or that I could not complete it. My shoulders stayed strong and I maintained my desired pace throughout. The last 2-3km were really choppy and I kept wanting to swim closer to shore as that was my familiar zone. John stayed the course and pushed me through a rip and turbulent waters, keeping me on the smoothest path possible.

The end and beyond

I was absolutely shattered, shaking and convulsing and just wanted to lie down!

I exited the water amidst much excitement with my supporters who hadn’t spotted me running 50m further north to see me exit. I was absolutely shattered, shaking and convulsing and just wanted to lie down! I managed a hot shower and a few sips of hot chocolate before collapsing into the back of my friend’s car to head straight to my couch where I still am three days later. But I am looking forward to rebuilding my strength to starting to prepare for my next stepping stone.

I would like to thank my support team who helped make this day possible:
My sports psychologist Kirsten, without whom I would never even have got into the sea
My new-found coach Sarah, whose dedication and commitment to helping me achieve my dream after only four sessions confirms my decision to use her as a coach
My personal assistant and friend Eliska, whose unending dedication and fastidious nature took an enormous amount of stress and pressure off me by organizing sponsors, media and the essential back up support
My marketing manager, photographer, friend, training partner and mentor Christy, who kept me sane with lots of cups of tea, coffee chats and deep breathing
One of my faithful seconders and friends, Caron, who accompanied me on many training swims both in and on the water and dealt with my emotional ups and downs through injury and setbacks
My team doc and training partner Rentia, who at 51 still pushes me to new levels every week
My Biokineticist Mackers who rehabbed me through injury and made me strong for the swim and future swims
My nutritionist Kerryn, who made sure I ate and didn’t waste away
Claudia, Kath and April from CORE who kept my shoulders and body in good shape preventing and treating injuries and niggles.
John, the man who knows the sea like the back of his hand. I could not have asked for a better seconder to steer me clear of stings, sharks and currents
Wayne, who steered the double with Caron, always ready to help
The safety team who came as back up at the last minute
Mark Lewin, for the use of his double ski and his inspired idea to do the swim from Umhlanga to Durban
Barry Lewin for his help in all the prep in planning the route and his marketing ideas
My faithful IT guy, Wes, who dropped everything to sort out my website amidst a hectic work schedule
Angus for his live tracking and the advice before the swim
Beth for doing the video which I can’t wait to watch
OJ for the media coverage
My incredible friends and family who rooted for me during the swim, drove cars to the start and finish and who believed in my dream (Shaz, Sarah, Vix, Tarin, Lara and so many more)
And all my sponsors: Future Life, Funkita, 32GI and Suunto.